Welcome to a Guest Post with Multi-Published Author J.J. White....

Hello! Hello! And Hello! How are you all doing today? I'm back and hope everyone is doing well and happy! It’s so great to be with all of you again. Welcome back to my writing blog page where I try to share whatever I think may interest you. Of course, by now you all know how very much I love promoting other authors. Today I welcome back a fellow writer, but instead of the staid, standard interview, I’ve asked my guest to write a blog post. After all, aside from an interview, the best way to get to know an author is through their writing. And without further ado, let’s welcome back Multi-published author J.J. White, as he discusses Nisei, which was released on June 30, 2016 from Black Opal Books. 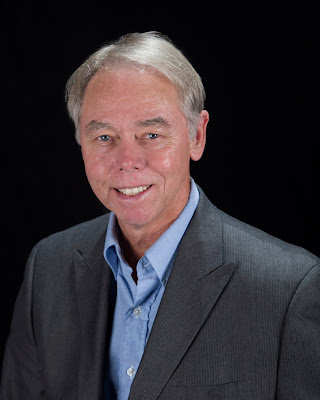 As you may remember from his last visit here in April of this year, J.J. White has penned eight novels and over three hundred short stories. He has had articles and stories published in several anthologies and magazines including, Wordsmith, The Homestead Review, The Seven Hills Review, Bacopa Review, and The Grey Sparrow Journal. His story, The Adventure of the Nine Hole League, was recently published in the Sherlock Holmes Mystery Magazine, Volume 13. His story, "Lucky Bastard Club" was published by The Saturday Evening Post." He has won awards and honors from the Alabama Writers Conclave, Writers-Editors International, Maryland Writers Association, The Royal Palm Literary Awards, Professional Writers of Prescott, and Writer's Digest.


J.J. was recently nominated for the Pushcart Prize for his short piece Tour Bus. His novel, Prodigious Savant, was published in 2014 as part of a three book deal with Black Opal Books. His second novel, Deviant Acts, was published November 14, 2015. His latest release, which he discusses today is currently available for sale. He enjoys writing, surfing, golf and tennis. He lives in Merritt Island, Florida with his understanding wife, editor, and typist, Pamela. 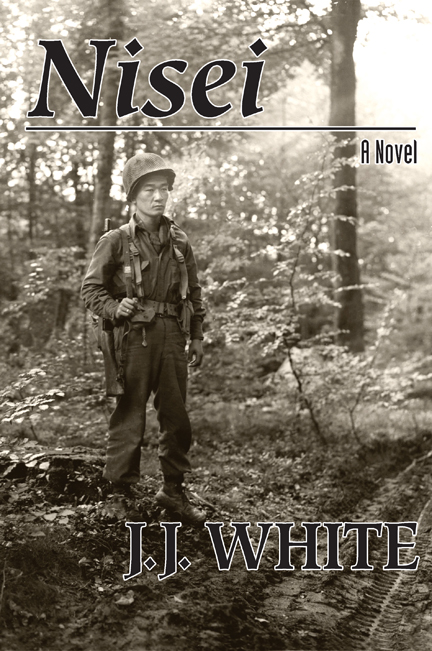 Welcome J. J. ! Thanks so much for joining us here again. My goodness, man, you are quite the prolific writer. You put so many of us to shame, but you also inspire. My blog is now all yours.  Lead on, J.J., and please tell us about your latest release. Everything you wish to tell us about writing Niesei…..


J.J. White, "My latest historical fiction book, Nisei, is the story of Hideo “Bobby” Takahashi, a Hawaiian born Japanese-American who during WWII had to overcome prejudice, internment and the policies of his own government in order to prove his loyalty to his country. Takahashi was determined to fight honorably in the war and then return to the young love he was forced to leave, a girl he could not have because she was white.


Whenever I give a presentation on this book, I usually start by saying “As you can see, I’m not Japanese-American.” A few readers and attendees have suggested a book about Japanese-Americans might best be written by a Japanese-American. My reply is usually, “Well, Hemingway wasn’t a Cuban fisherman and Pearl Buck wasn’t a Chinese farmer and they did okay with their books.


But I didn’t choose the subject to prove I could write Asian-America history. It chose me.


To explain, let me tell you first how Nisei came to be. I had two thrillers published and had started a manuscript on a third when I read a Reader’s Digest article about how in October, 1944, the 442nd Regimental Combat Team, a segregated Japanese-American regiment in WW II, had over 1000 casualties rescuing 211 white soldiers of the 36th Texas Battalion who were surrounded by 10,000 crack German soldiers in the Vosges mountains.


I was amazed that these soldiers were used as cannon fodder because they were Japanese- American, in order to save the lives of white soldiers. The more research I did on the subject, the more I knew this would be my next book. As I wrote earlier, sometimes the book chooses you and not the other way around.


To my surprise, there was a ton of books on the Nisei but very few of them were fiction. I thought it would be interesting to write a fictional story from the perspective of one G.I.


If you haven’t already looked it up on Wikipedia, you may be wondering who exactly the Nisei were. In Japanese, Ichi-Ni-San is one-two-three. Around the beginning of the 20th century, hundreds of thousands of farmers emigrated from Japan to Hawaii and the west coast of the U.S. Those immigrants were the Issei, or first generation Japanese-Americans, who had come to farm in America to escape persecution and high taxes in Japan. The Nisei, their children, were the second generation, and the Sansei, were the third. So Issei-Nisei-Sansei—Ichi-Ni-San—One-Two-Three.


The Nisei were born American citizens in the years between 1915 and 1935, so they were at the age of enlistment after Pearl Harbor, but the U.S. government immediately changed their status to Enemy Aliens because of the attack, and they were not allowed to enlist.


Because of the threat of invasion by the Japanese and possible sabotage by emperor loyalists, President Roosevelt signed Executive Order 9066, essentially interning hundreds of thousands of Japanese-Americans into concentration camps across the continental U.S. Fortunately, in Hawaii, the governor refused to obey the order, because half the population of the islands were of Japanese-American heritage and were a crucial part of Hawaii’s workforce. If he had interned them, Hawaii’s economy would have collapsed.


In Nisei, Bobby Takahashi ordeals start in Hawaii in the 1930s when he falls in love with a white, doctor’s daughter and continue as he suffers the embarrassment of internment at the Santa Anita and Tule Lake internment camps and the rigors of fighting with the 442nd RCT in Italy, France and Germany. The 442nd won every battle they were in, but at great loss to their regiment. After the rescue of the Texas Battalion, twenty-one Nisei soldiers were awarded the Distinguished Service Cross. They should have received the Medal of Honor, but the U.S. Army would not allow African-Americans or Japanese-Americans to receive the Medal of Honor at that time.

BLURB for Nisei:  "After the attack on Pearl Harbor, the United States Government encouraged all eligible young men to enlist immediately in the fight against its enemies overseas--all eligible young men, except Japanese-Americans. Nisei is the story of Hideo "Bobby" Takahashi, a Hawaiian-born Japanese-American who must overcome prejudice, internment, and the policies of his own government to prove his loyalty to his country. Narrated by Bobby Takahashi and read by his son, Robert, forty-six years after Bobby's death, the story details the young Nisei's determination to fight honorably for his country and return to the young love he was forced to leave--a girl he cannot have because she is White. "
Intrigued by Nisei? So was I and I can't wait to read it.


Readers, take note you may purchase a copy of any of J.J.'s books at online retailers and independent booksellers:


http://www.blackopalbooks.com/shop-our-store/blackopalstore
You can also find a copy at: http://www.amazon.com
www.barnesandnoble.com
www.kobobooks.com
and more.


Feel free to learn more about J. J. White and connect with him his website or one of her social media links:


Website: http://jjwhitebooks.com
twitter: https://twitter.com/JJWhite1022
face book: https://www.facebook.com/ProdigiousSavant
Thank you all for visiting with us. Until next month...every one please stay safe. Smile. Be happy. Show compassion. Be nice to others. Put a little love into your heart. Please speak up for those without a voice, whether it be a dog, cat, elephant or monkey.  One person, one voice can make a difference. May all your dreams and wishes come true for each and every one of you.


Advocate for the underdog, and cat, et al.
In Shattered Lies: “Good and bad, it's All about Family."  Now available from Black Opal Books, on-line and indie booksellers.


http://www.blackopalbooks.com/author-bios/bio-sj-francis
Twitter: https://twitter.com/sjfrancis419
Face Book: https://www.facebook.com/pages/SJ-Francis/480058115420335
A Book Review 4 U: http://abookreview4u.blogspot.com
A Consumer's View: http://aconsumersview.blogspot.com
One for the Animals:   http://onefortheanimals.blogspot.com
Pinterest:   http://www.pinterest.com/sjfrancis419/
Google Plus:  https://plus.google.com/u/0/104831238907682620486/about
Good Reads:       https://www.goodreads.com/user/show/33550975-s-j
And now for some legal stuff: Copyright 2015 by S.J. Francis. Opinions expressed here are solely those of the author, S. J. Francis and the guest author and are meant to entertain, inform and enlighten, and intend to offend no one.
Posted by SJ Francis at 12:00 AM